BAK (Back At the Keyboard) 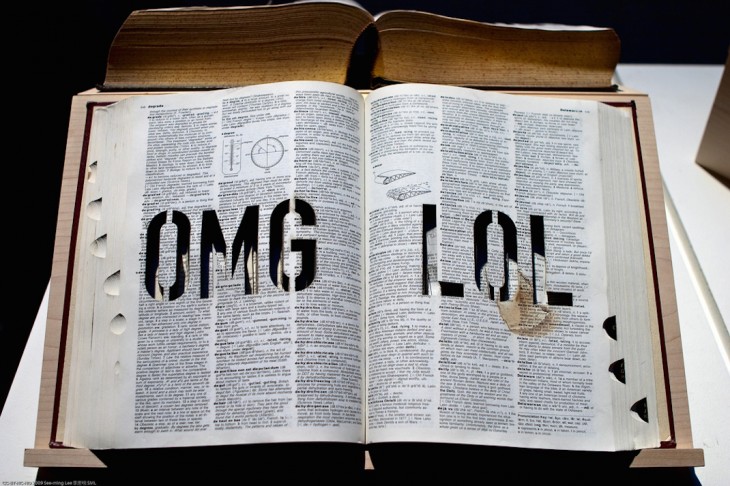 Not so long ago, OMT popped up in the middle of a French speech. OMG I thought. What’s OMT? Hang on, hang on. This is French, so OMT is Organisation Mondiale du Tourisme. Great, here we go then. No wait a mo. My colleague is scribbling something on the desk. What’s that? Oh right, thanks. He’s written OMT. Great. I knew that. Anyhow, as I was saying, it’s French and so it’s the World Tourism Organisation. But hang on a cotton-pickin’ minute, what’s that got to do with sovereign debt? Nothing. Then came the thunderbolt. Try changing acronym dictionary from En to Fr. OMT in English is Outright Monetary Transactions. So that’s what I said. And I was right. Though why I didn’t just say OMT and be done with it I don’t know.

Chief Wiggum: Uh, Mrs Simpson, I have some bad news. Your husband was found DOA.
Marge: Oh my god! He’s dead?
Chief Wiggum: Oh wait, I mean DWI. I always get those two muddled up.

The thing about English and French acronyms, of course, is that they’re often anagrams. So English CAP becomes French PAC. English NATO becomes French OTAN. English EU becomes French UE. Sometimes it feels like they’re doing it just to be awkward. “You like potato and I like potahto, You like tomato and I like tomahto, Potato, potahto, tomato, tomahto.. Let’s call the whole thing off”. It’s basically why David Cameron has promised a referendum on the UK leaving the EU.

It’s bad enough when they take the letters and rearrange them. But sometimes it’s even worse when the same letters in the same order mean different things in different languages. Context is everything:

“Hello, my name is Frank-Walter Steinmeier, I am the German Foreign Minister….and I am…an alcoholic.” No you really don’t want to muddle up AA – German Auswertiges Amt (Foreign Office) – with AA – Alcoholics Anonymous. Also, better not make the BNP – French Banque Nationale de Paris – into those rabid UK chauvinists, the British National Party.

Fortunately, there’s always the comfort of the WC for me to fall back on. It remains the same in all my languages. For this relief much thanks.

No, I thought not.

All Asian, African, American, And Australian Association Against Acronym And Abbreviation Abuse Anonymous.

Or if you thought that was really, really funny then ROTFLMAO (Rolling On The Floor Laughing My Ass Off).

By the way: DBEYR (Don’t Believe Everything You Read).

This is getting silly. So let’s get one thing straight. We often say acronym (acronyme in French) when we mean initialism (sigle in French).

NATO is an acronym – it’s pronounced as if it were a word.

BBC is an initialism – it’s a term formed from the initial letters of several words but is pronounced letter by letter.

BEEB is an abbreviation of an initialism and looks a bit like an acronym but isn’t.

The trouble with all this stuff is that so many of them are in common parlance that we are expected to know them in all our languages. Just as an Englishman will bandy about NHS, M&S, BHS, so a Frenchman will reel off SNCF, SDF and EDF, and a German will trot out AOK, AKW, and PKW. No need to explain them. Everyone knows what is meant. ATAB (Ain’t That A Bitch).

And woe betide us if we ever have to interpret a medical conference. Because doctors find patients annoying in much the same way as interpreters find delegates annoying. But because doctors can’t turn the mike off and shout expletives, they have invented whole series of acronyms to describe us.

So there you are in your booth interpreting a discussion on TEETH only to discover that the topic isn’t gnashers at all, it’s “Tried Everything Else, Try Homeopathy”. What about UBI? “Unexplained Beer Injury”. Better prey that they don’t write CTD on your record: “Circling The Drain” (about to snuff it). Anecdote has it that a doctor had written TTFO (Told to F**k Off) on a patient’s notes, but had the presence of mind when later quizzed by a judge as to the meaning of the initials, to say “To Take Fluids Orally, Your Honour”. Never mind, the conference will soon move onto AOB. “Any Other Business”? Forget it. “Alcohol On Board”.

During World War II, servicemen and their sweethearts back home used acronyms on the backs of letters to each other. Some of them, like SWALK, survive to this day (Sealed With A Loving Kiss). Most were place and country names.

BURMA: Be Undressed Ready My Angel

NORWICH: (k)Nickers Off Ready When I Come Home

There are ruder ones still. Try looking up: LOWESTOFT, EGYPT and ENGLAND.

Did you know that WEEE in French is DEEE?

Must Dash. Got a doctor’s appointment.