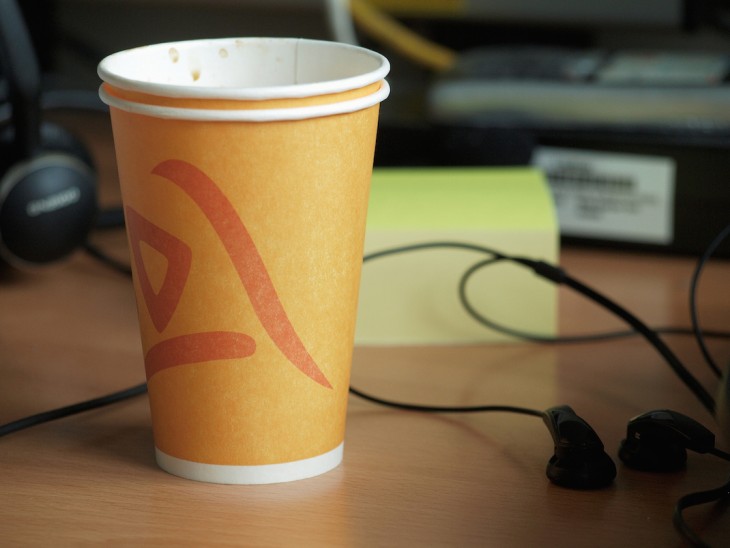 So you want to be an interpreter. Great, we need more good interpreters. That’s why we got up at an ungodly hour on the weekend, that’s why we’re spending the day in a classroom that we knew would be either overheated or Arctic, that’s why we’re imbibing inordinate amounts of tepid coffee from the machine downstairs, that’s why we spent hours preparing test speeches, that’s why we have sacrificed our sunny Saturday – all this for you, dear Candidate. That’s how important you are to us.

We are the jury, and we are here to do our thankless job. By the end of the day we will have dealt with tears and insults, as well as with boredom, hunger, and impatient texts from our assorted family and friends. Of course, if we have just failed you, you don’t give a rat’s ass about us, but since we gave up our sunny weekend just for you, you might as well hear this unsweetened explanation of why (and how) we do what we do.

Different schools have somewhat different procedures, but it often goes like this: we will first ask you to tell us about yourself. We will have read your file, so we might ask questions. Sometimes it’s because something strikes us as odd (so you wrote that you’re bilingual in English and Slovene, but you don’t seem to have ever set foot in Slovenia…?); sometimes we are genuinely curious (so what made you want to learn Farsi?). We may ask about current political events; we may enquire what media you follow; we may ask why you want to become an interpreter, or even why you chose our school. The idea is to hear you speak. We care equally about what you say and how you formulate your thoughts, how you handle your languages, how you interact.

We will then give speeches in your various languages, to test how you retell them in your active language(s). You are not allowed to take notes. Candidates are often resentful of that, which is a bit strange. After all, we are testing your ability to retain information, think logically, and speak freely – if you aren’t able to remember what was said in a simple three-minute speech, then you just aren’t interpreter material. These speeches aren’t designed to make you stumble; they will never be flowery, poetic streams of consciousness. They present simple reasoning: fact A, therefore B, however C, so in conclusion D. And we are checking whether you can follow that reasoning, and express it concisely in another language. Easy, right?

So why did you fail?

Maybe your languages ain’t all that. You may come from a bilingual family, or you may have been the best student in your Spanish class; that doesn’t mean that you have mastered your languages at the level required for interpreting. Primo, the subjects are different, and speaking Greek with your mom at home doesn’t necessarily prepare you for describing the challenges of a pipeline project in the Caucasus. Secundo, it’s always harder to faithfully translate someone else’s thoughts than to express your own, and suddenly you’ll feel that words are escaping you, that you’re getting your conjugations and declensions all wrong, and that you have no idea how to say USSR in your B language. Tertio, you’re dealing with a different audience than usual. Your friends and lovers find your thick accent charming, and will be willing to guess what you’re really trying to say. We won’t. If we have to frown in concentration to understand you, that’s a bad sign.

Maybe your general knowledge is lacking. If you heard two days ago that you actually have to know stuff about stuff to pass the exam, and then started reading newspapers yesterday, that’s probably not going to cut it. We need people with well-rounded educations, and curiosity about the world around them. Not for our enjoyment, but because we are selecting future interpreters. And we can’t send onto the market people who think that PIGS economies refer to the pork industry, that the Gaza Strip is a Sunday comic, or that Baikonur is a character from LOTR. If after the exam you’re slamming doors and yelling: “NOBODY knows that stuff!”, then you’re almost right: Most people don’t, and they live happy and fulfilling lives. The thing is, politicians know it, economists know it, and the other people you’d be working for know it, so you should too.

Maybe you don’t think analytically. If the speaker explains that A contradicts B and you tell us that B supports A, or if you fail to understand why X is the consequence of Y, then you’re not being logical. It definitely doesn’t mean you’re stupid, but it may mean that you can’t think on your feet, or that you don’t mind a somewhat more hazy line of reasoning. Sometimes we don’t really know if you’re just not thinking logically, or if your languages or general knowledge are too weak to help you. Let’s say you hear a speech on OPEC, and you translate oil into French as huile. The jury wonders: is your English too basic to know what oil can mean? Then OPEC should be a hint. Yes, but maybe you don’t know what OPEC stands for. And maybe it just doesn’t bother you that the reasoning is skewed if you make the speech about huile. We won’t know for sure, but we might not want to waste time finding out.

Dear Candidate, hearing all of this has probably bruised your ego. After all, here you are facing a bunch of people who actually work in the profession you aspire to, and they tell you that you don’t have what it takes. It absolutely doesn’t mean we think we’re better than you. We just know that this job requires a very specific set of skills, and a very specific mindset, and for various reasons we don’t see potential in you. Nothing personal. Frankly, politicians, translators, and scientists would mostly also make for terrible interpreters. Do we think politicians, scientists, and translators are less worthy than us? Of course not.

When you fail, you will probably hate us, and you will think we were unfair. That’s your right, and we can’t do anything about it. However, you didn’t have a single examiner, you had a jury; it wasn’t one person’s judgment, it was a bunch of professionals who all agreed (trust us on this one: had the jury been in disagreement, you’d have been admitted). You will say that the texts were too difficult; they weren’t; they’d only get tougher and longer if you started training. You will complain that you only got speeches about politics and the economy; tough luck, that’s what interpreting is mostly about: if those topics bore you, then you shouldn’t be thinking about becoming an interpreter anyway. Finally, you will argue that you should be given another chance. Firstly, you already had two, three, five chances, with every new speech you were given: If you only messed up one and nailed the others, we would know it was just one of those things. Secondly, interpreters by definition don’t get do-overs: You have to say it right, right from the get-go, or clients will never hire you again. Thirdly, you actually do get another chance: If the jury thinks you have potential but should work on something specific, we will tell you what to improve before you attempt the exam next year.

However, if the jury thanks you for your time and advises you to explore other career paths, take our word for it. We are doing you a favor. If you study law or economics, you will probably get some benefit from it even if you end up working in a different field, but interpretation schools prepare you for nothing but interpreting, so it would just be a waste of your time. We take no pleasure in rejecting candidates. At the end of the exam session we are tired and dejected, but we really do wish you all the best, and hope that you will choose an avenue where your unique set of skills and capabilities will be appreciated. Believe us: you don’t NEED to become an interpreter, even if before the exam you thought it would be the right job for you.

is an experienced interpreter and a long-standing trainer in a prestigious interpreting school, who wishes to remain anonymous.