On German and Germans

October 21st, 2015. To some people this was the day Marty McFly arrived in the future, but I find myself celebrating an event fifty years in the past, namely one of my dearest friend’s birthday. Instead of opting for a more traditional party, he has gathered a group of friends in the Mosel valley to walk the Moselsteig with him. This party of friends fluctuates in size and composition, but the core group is made up of myself, the birthday boy, and four German female friends of his.

Thus I’m immersed in German from sunrise until sundown, and I become painfully aware how poor my active German is. Looking at it from the bright side, I provide my new acquaintances with some good laughs, as when I refer to Thor as the Donnerwettergott instead of Donnergott (the “Goddammit” rather than the God of Thunder), or accidentally reduce a complete stranger to giggles when he overhears me referring to the breakfast müsli as Vögelfutter rather than Vogelfutter (that one umlaut being the difference between bird feed and f**k feed). 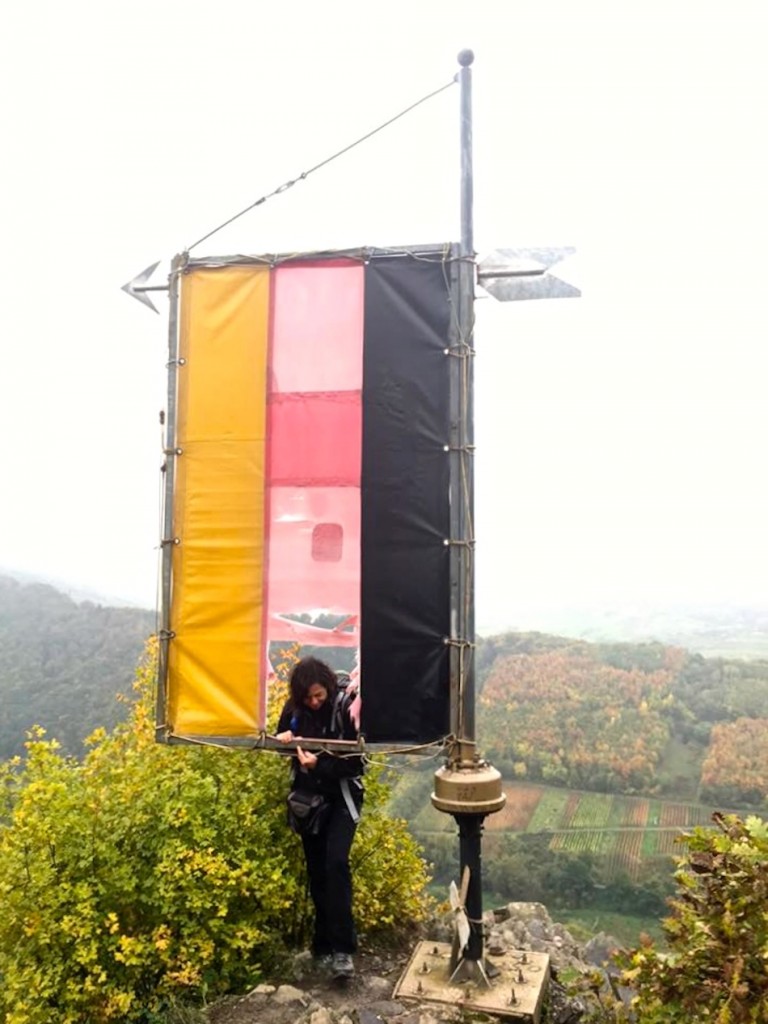 On the other hand the five Germans aren’t spared either. Every five minutes or so they find a word that has at least as many regional variations as there are native speakers present. It is a very telling indication of just how recently Germany was created from a mishmash of little fiefdoms, and how rich and diverse their language remains as a result of all those centuries of relative regional independence.

In fact, hiking along the Mosel you’d be excused for thinking you were transported back in time to The Middle Ages. The river itself is used for transportation the way it has been since times immemorial, Fachwerk houses still huddle together in labyrinthine villages close to the riverside, always with a church in the middle and a castle or ruin typically perched on a rocky outcrop above. Legions of vineyards, brought here by the Romans, march up the mountainsides in straight lines only to meet fierce resistance from the unruly, wild Teutonic forests that still hold sway on higher ground.

Our merry band, too, march up and down the steep slopes. The paths wind their way along the sides of the valley, and it’s hard going, something which the less experienced hikers among us discover to their chagrin. For thirty million years the Mosel has been carving its way into the slate (which itself consists of sediment deposited here at a time before the dinosaurs, when all this was the bottom of a primordial ocean), and the valley runs deep, which means the slopes are very unforgiving indeed, and a fall would oftentimes be fatal.

The fall flora on the other hand is beautiful; beyond the vines are wild cherries, mountain ashes, red oaks, French maples and other trees and shrubs that compete with the river itself for attention. According to our host there’s even something called “Krüppel-leichen” out there (It seems even native speakers can’t always cope with the German language’s propensity for combining words into new words, as one “L” too many here changes the word “dwarf oaks” into “crippled corpses” – not an easy mistake to make in most languages!).

Luckily we don’t see any of those, and avoid adding to their numbers, too, in spite of the treacherous terrain*. Possibly this is due to the fortifying sustenance we are able to avail ourselves of. This being Germany there is plenty of hearty food to be had: Schmaltz (rendered fat), Blutwurst (blood sausage) and Bratkartoffeln (fried potatoes) being a favourite for lunch, especially when washed down with plenty of Federweizen (still fermenting grape juice) – a delicacy often only found in the vineyards, as it doesn’t travel well. But then to be fair, nor does the drinker after a few glasses. 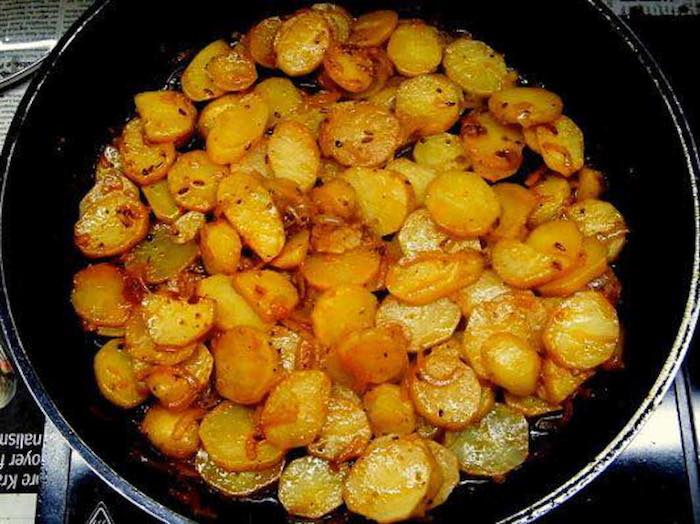 I say potato, you say Kartoffeln, let’s call the whole thing off!

Speaking of that particular lunch menu, one German word that I had never encountered before this trip is Bratkartoffelnverhältnis (fried potatoes relationship). As men were returning home from the front after the Second World War there were a great many widows around that might need the help of a man with this or that, and who in return for this and other services rendered would offer the hungry ex soldier a warm meal. Well, it seems that often enough the men and women found this arrangement to their liking, and prolonged it indefinitely (if unofficially), and this type of relationship became known under that particular moniker.

I should point out that no such relationship was formed during our brief sojourn together (none that I know of, at least!), but one of the women did ask if I was perhaps in love with our host. This after I had opted to serenade him rather than give a speech at the official birthday dinner – she couldn’t know it of course, but the song I had elected to sing was Helan Går, a Swedish drinking song that most Swedes know better than their national anthem. This proved more useful than real serenades, as the wine flowed freely during our nights together. Our demi-centarian is a lover of fine wines, so Bacchus was properly worshipped every evening, with the local Rieslings proving to be mostly excellent choices for our libations**, always accompanied by calls of “Prost!”, the most German of toasts***.

So there you have it. A celebration that included wine, (wo)men and song. Oh, and some wandering. I’ll drink to that. Prost! Whenever you want to do it again, Alter Freund, I’ll be back. To your future!

* Although one late addition to the troupe barely makes it here before a shot back had him limping to the nearest train station, poor soul.

**Even more fittingly, one of the local villages we hiked through was called Pommern, a bastardised version of the Latin name Pomona, goddess of fruit. Not too difficult to imagine which fruit they had in mind.

***Prost itself is a germanised form of the Latin Prosit (“may it be good”).

An earlier version of this post was published on chrisgoja.com.
Images: Chris Gottberg

Chris is a staff interpreter at SCIC. In his spare time he writes and wanders over at chrisgoja.com.