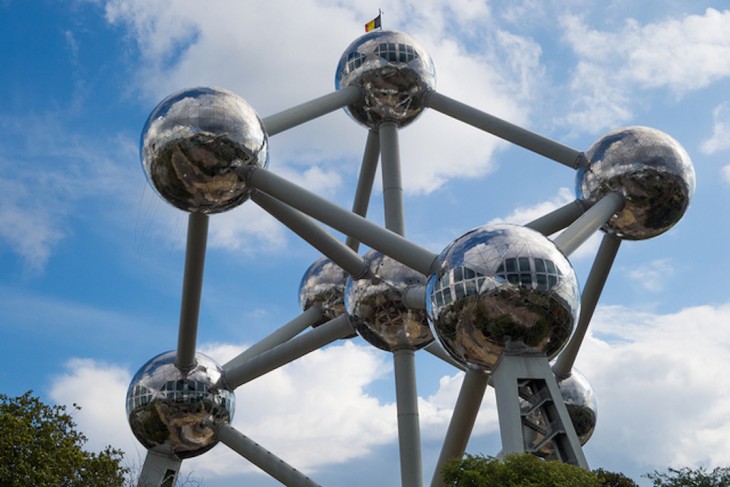 What is it like to be an interpreter in Brussels? Admittedly, not the most difficult of questions I was asked recently. The answer, however, is a whole different ballgame and does go beyond the average ”Fine, thanks!” It requires insight into multi-faceted demand for interpreting services, hugely fragmented supply and a healthy dose of couleur locale to grasp what life as an interpreter in and around Brussels is all about.

To avoid any misunderstanding: this article does not have the ambition nor pretension of scientifically analysing what is commonly called ”the Brussels market”. More than anything, it is a matter of perception, of putting together some pieces of a pretty large puzzle – or maybe a strange cubist painting.

When taking a look at demand for interpretation, one should ask the fairly simple question “Who in Brussels needs interpretation?” Well, ask a local and in return you’ll get a chuckle, a beer, if you’re lucky, and another question: ”Who doesn’t?”

First off, there is this persistent cliché screaming to be dealt with. Non-Belgians tend to assume that interpreting in Brussels equals working for the European institutions. When asking locals if they do indeed work for the EU and getting a seemingly astonishing no for an answer, they tend to dig up their gravest of looks, as if about to announce the untimely demise of your favourite pet. And of course, the EU does account for a huge chunk of all interpreting activities in the city with, probably, the highest interpreter per capita ratio in the world. But there is more, quite a lot more for that matter. That in itself is an indisputable fact. One which a – fortunately limited – number of interpreters working for the EU (those who probably reckon ‘interpreters’ also needs to be written in caps, regularly dusted, polished and perfumed too) bizarrely but all the more fiercely disagree with. Now, displaying a wee bit of ivory tower behaviour in homeopathic doses every now and then hasn’t killed anyone so far. But unlike what a few die-hards love to believe, working or not working for the EU is by no means a story of brilliant vs lousy interpreters, of those who have discovered where the ”real interpreting” (sic) is taking place vs the ones who should, basically, serve them coffee. In multiple languages, probably. Reality is unsurprisingly a touch less black and white.

In Brussels, the EU is often being referred to as “the” institutions, but there are countless other, non-EU-related institutions and bodies that also have permanent interpretation, NATO for one. However, as an officially bilingual (actually even trilingual) federal State, Belgium itself boasts a vast array of institutions in which even the tiniest of subcommittees are systematically interpreted into French and Dutch. The large majority of these Belgian political bodies have some staff interpreters of their own, but given the great numbers of committees, e.g. at the Senate or the Chamber of Representatives, all of them also hire freelancers. One is sometimes under the impression that there are more committees than senators or MPs, which explains why every now and then they count a full two participants: the MP addressing an oral question to a Minister and the Minister replying to it, professionally assisted by two interpreters, of course – Kafka, anyone?

Another stakeholder in a highly unionised country such as Belgium is the trade unions, most of which are organised nationally and therefore have all their meetings in two languages. Similarly to the federal institutions (and those of Brussels, which has the status of a bilingual region), the unions all have staff interpreters. Given the intensity of social dialogue in Belgium, the union meetings in preparation for works councils and negotiations at company or sector level are surely a segment not to be underestimated.

The remainder of the Belgian or Brussels market consists of the usual assignments that one would find on any private market, such as shareholder meetings, works councils, seminars, congresses, product launches, press conferences and all sorts of formal, informal, official or other events.

Now, how about supply? Apart from the obviously numerous staff interpreters, where does one find these hordes of interpreters to fill all those booths scattered around the city centre?

Freelancers in Brussels operate via a large variety of channels. Nowadays there is only one AIIC ”agency” left in Belgium. Along with the individual interpreters working directly for some companies and events, it is faced with the humongous pressure of scores of small and not so small agencies. Two of them stand out in terms of trying to corner the market, applying ludicrous rates, baffling overall working conditions and dragging the whole sector into a ruthless price war – in Belgium and abroad!

Yet, if one is to believe public declarations, nobody seems to work for them.

When the topic pops up amongst interpreters, one is bound to hear ”Oh, I would never!”, “It is certainly un grand scandale, Monsieur!” or ”I really wonder who works for that lot!”, some of the most common lines coming from a bunch of interpreters, even some highly competent ones, who coincidentally do end up working for them when push comes to shove.

Sadly, fighting against the, let’s say, do-as-I-say-not-as-I-do segment of the market has become a bit of a windmill story over the last couple of years. After all, interpreters who cannot be bothered to object to certain agencies’ admirable feats of convincing half a dozen of them to enjoy a cosy and social get-together in a hired van in the eminent company of a set of mobile booths all the way from Brussels to, say, Hamburg or Paris, will hardly be the ones shedding bitter tears over the overall declining working conditions.

Within the landscape of interpretation in Brussels and the rest of Belgium, the odd one out in terms of both suppliers and working hours is legal interpreting, which isn’t quite as thriving as the authorities would like it to be. Understandably so, because in addition to the total lack of statute, getting paid under 40 euros an hour for work at the craziest times of day (and night or weekend) is exactly as unappealing as it sounds. Now, personal experience has shown that answering a police officer’s request for availability with a sarcastic ”Nope, because I would earn more and would get paid on the spot instead of a year later if I were to take my guitar to the Central Station” isn’t quite the wisest of options. Indeed, poor fees in combination with payment delays that sometimes go as far as two years are the exact reason why legal authorities have all the trouble in the world to find qualified interpreters. It does not take a degree in rocket science to see why legal interpreting isn’t likely to establish a particularly loyal fan base any time soon if this remains unchanged.

In addition to great demand and very diverse supply, another typical feature of the Belgian market is that it has known the concept of half-days for decades. The principle is that half-day assignments are those meetings which are combinable with another half-day without any overlaps within the greater Brussels area. Half-day fees are approximately 75 percent of full day ones and in high season some people manage to combine up to 25 or 30 meetings in a month. The downside is that some foreign agencies, especially around the French border, offer that kind of fee for basically any kind of assignment – ”Ah, but you are used to it, Monsieur, non?”

Is this an accurate view on interpreting in Brussels? Well it is a personal one. Maybe incomplete. Unavoidably subjective, too. But in glaring contrast with your average Hollywood story, the facts depicted are indeed based upon a true story and the characters are less fictitious than one might be led to believe.

Of course, anyone can feel free to complement it, to put it into perspective or even slate it to pieces. Unlike while working, you don’t even need to hit the ”mute” button to do so. How adorable is that!

Christophe is a Brussels-based freelance interpreter (Dutch A, French B, English and Portuguese C), member of AIIC.