”Ni ma water”, or how I raised a bilingual child 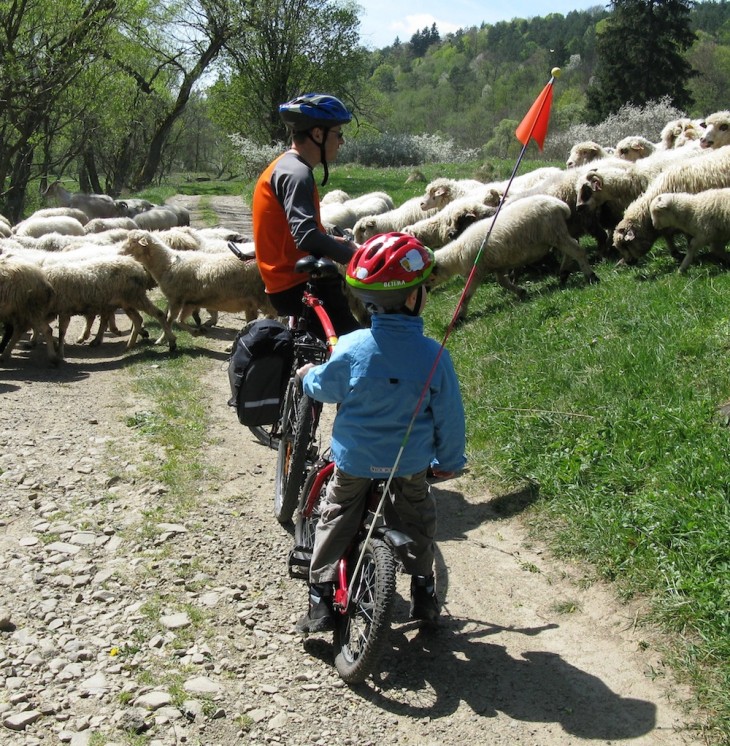 My fascination with English stemmed out of a year in a US high school, made me read the entire fiction section of the US embassy and British Council libraries in Krakow, ranked me high enough at a Polish English-language competition to get exempted from entrance exams which, combined with my laziness and mercantilism, led me to study English at the University. A couple I studied with spoke English to their child so my wife and I have decided we would do too.

Thus when my son’s age was counted in the negative months we were told about the OPOL rule, I read something on multilingualchildren.org and when I first saw my son at hospital I started speaking English to him as that was how my wife and I distributed our languages.

The beginnings very easy because my son wouldn’t answer in any language. Although I would reach for the dictionary coming back from our walk to check what that propeller-shaped toy is called in English – pinwheel — that was no major hardship, and neither was  the playground equipment names. I bought my son his first book, cardboard with 15 words, all of them in English. Our Pat Metheny soundtrack got replaced by Old MacDonald Had a Farm and other nursery rhymes.

Then my son started saying isolated words. He seemed to choose them by length: the shorter of the two equivalents. Except he wouldn’t say the Polish for water – woda – and when asked to say it would respond ‘water’. His first complex sentences did not come noticeably sooner or later than of his playground peers, whose mothers had already been asking for a year, in Polish, whether I was teaching my child English. In summer, my son dug a hole in the sandy bit of Polish seaside, poured a bucket of water into it and stated, disappointed, “Kurde mol, ni ma water”.

However, the bilingual honeymoon ended when my wife went back to work, a babysitter came, I was forbidden from strolling around the park with my son around noon and working later. My son decided that Polish was his language. “Patrick, say this in English” – “Ni umie”. This “no can do” attitude turned into translating questions which I asked in English aloud into Polish and then answering them in that language. Well, that shut the mothers around the sandpit up.

We did get funny looks on trams, the sort of “how come he speaks English to that boy who answers in Polish”. This passive bilingualism started becoming an issue for me. On our staircase, the couriers with books from Amazon started bumping into those delivering

DVDs from Polish stores (as long as they had the English audio). When wife read Moomin Troll books to my son, a week later an English-language Moomin Troll DVD came from Amazon but turned out to be a Polish production of 1970s with the famous fabric scrap animation. Thus were the first family conflicts resolved: every video in English except for Polish productions.

When Patrick was four we took him to Croatia. Slovenian ladies started talking to him in Slovene but he couldn’t understand any of it (the mutual intelligibility is a myth) so we

asked them to speak English. My son had a conversation in which he answered yes or no but no longer the Polish tak/nie. You could almost hear something clicking in his head. On coming back we found that a Storytime group was meeting at an American cafe and bookstore, so my son and I went. He met a boy who didn’t speak Polish and five minutes later my son was already actively bilingual.

We kept coming to Storytime every Sunday for the next four years. When the cafe dumped us, we organised such readings ourselves at a different one. It was no major loss as we had already bought all worthwhile children’s books from that place anyway. There were weeks when a dozen kids came. We socialised with various expats, and whenever we heard families with children speaking English in Krakow’s parks, we would chat them up and recruit them. We even tried to lobby the National Museum not to end art workshops for children in English but to no avail. In the reception year, my son was learning to skate from children from Alaska while an Irish born Polish girl taught him “Oi loik ois-cream” and Molly Mallone. By this time I had already spent 7 years reading aloud to him for at least half an hour and had learnt most Dr Seuss books by heart. When my son lost me from site while skiing in Austria, I did not even manage to climb up the hundred yards to him and he had already chatted up some Austrian lady and was explaining to her what the problem was. I needn’t have worried. 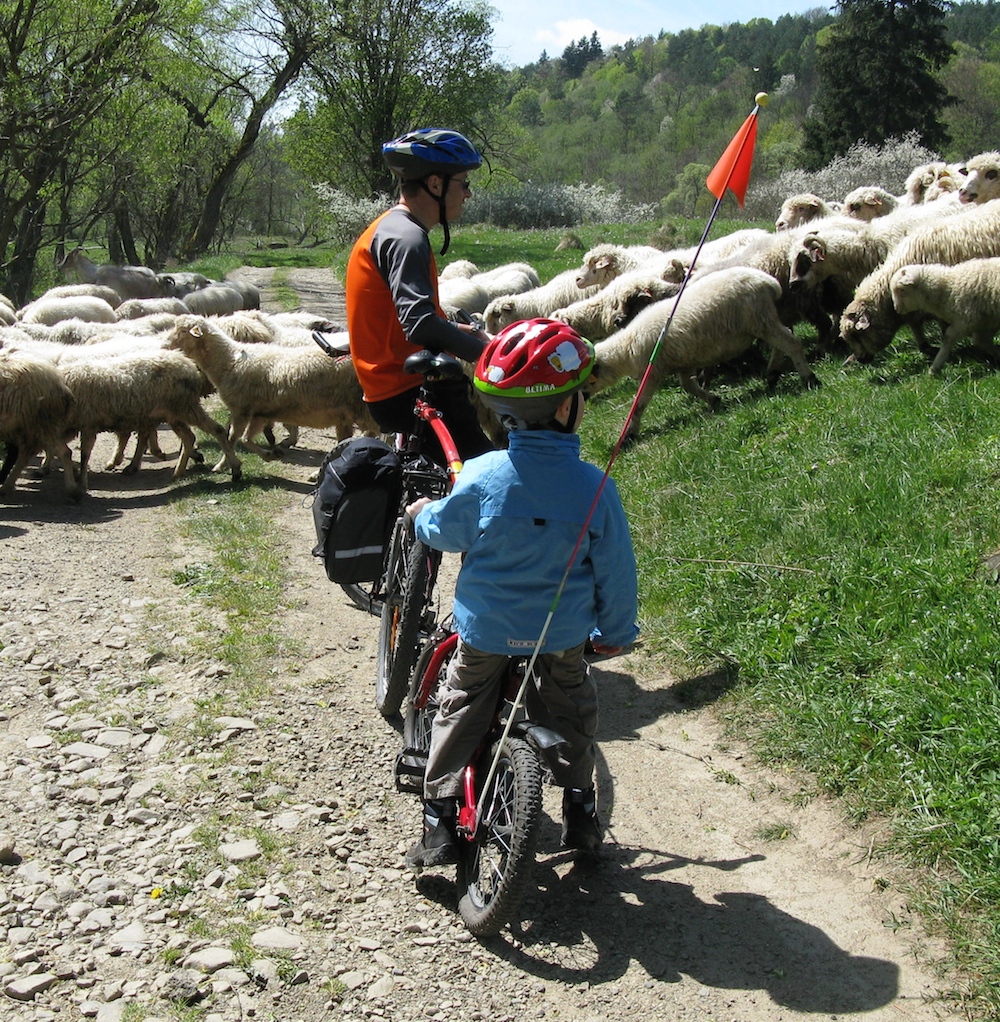 It is thanks to my child that I have to watch some documentary or an episode of Futurama in the original every day and read something out loud, frequently checking the correct pronunciation. If it weren’t for him I probably wouldn’t have learnt “O oysters come and walk with us”, wouldn’t be quoting Winnie the Pooh in two languages nor know why the novel is called “All the king’s men”. My son certainly wouldn’t be winning prizes in English language competitions, but without this special focus on language in general he probably wouldn’t be winning them for his Polish creative writing either. Not to mention that he has become the Android expert on duty at home and school because he can always Google just about any information.

What does Patrick think?

See also Would you like your child to become a conference interpreter?

Would you like your child to become a conference interpreter?
bilingualism   children   education   multilingualism

Translator and interpreter PL-EN.
Andrzej about himself:
I was born when Nixon and Brezhniev were dividing the world, but in the wrong half of it. In my third grade I enjoyed a long winter vacation after schools were closed down due to martial law and didn’t have to stand in queues to the best cable car in Poland because my ski club got extraordinary travel permits. I completed my sophomore year at a high school in Madison, WI, and then returned from there, which was probably the first major strategic error in my life. The year I graduated from high school back home I voted in the first semi-free election. I studied English and the Jagiellonian University for a while, but now that beer was available, you had to make your beer money, so I quickly started to work – another strategic error. I never stopped and have thus been translating and interpreting since mid-1990s, having got no diploma, but wife from the English faculty. I started simultaneous interpretation for good as part of an integration project of a privatized bank, then significantly contributed in writing to Poland integrating with the EU, then integrated two power plants with their American shareholder, who got scared of the crisis and disintegrated with them. Now my favorite integration is with other conference interpreters over some nice meal.