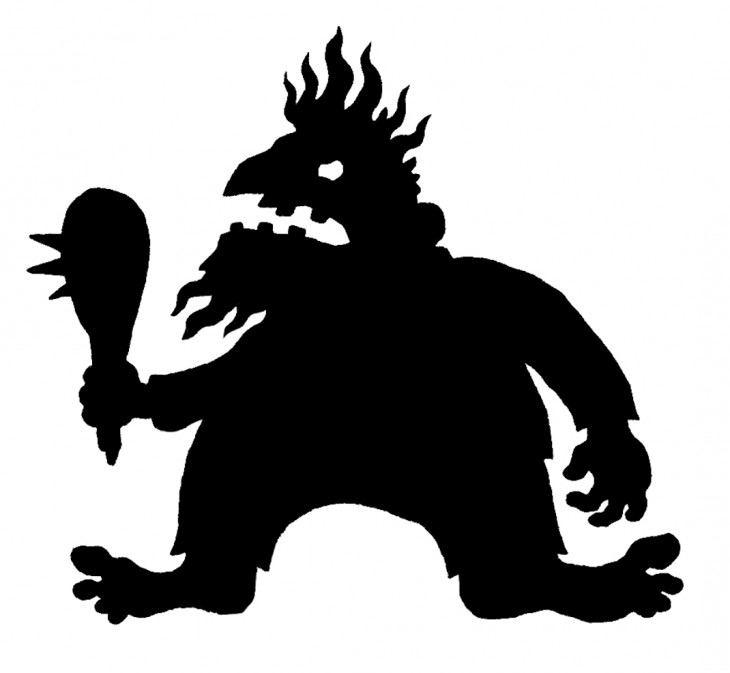 Trolls eat people. Giants and ogres like to eat people too. Even sweet-tempered ogresses are partial to a human or two for tea. A Count would be but a light afternoon snack. And it doesn’t really help putting up signs saying ”Please do not feed the trolls” because trolls just get so darned hungry that they can’t help themselves.

When I was little, trolls dwelled under bridges and roared at passing billy goats threatening to eat them too. They didn’t tend to read the papers much in those days. But I have to give it to them – trolls have made a seamless transition from the mythical world of my terrified youth to the cyber world of my angst-ridden adulthood. They have definitely come off best in the Darwinian struggle. Just look at how they have outcompeted their man-eating cousins, the giants and the ogres, who frankly, are cyber nonentities. You never see a Gruffalo in cyberspace either. Trolls rule.

Folderol. Trolls don’t rule. Trolls are horrid. Trolls need to be tossed off the bridge by Big Billy Goat Gruff*. Good god, I never thought I would end up writing about the need to toss off trolls. But now I have. Oh dear. I’m troll toast.

You remember my post about parrots and how they can be verbified, like dogs and badgers? Same with trolls. Apparently, and I confess to not being aware of this possibility previously or I would have included it with the parrots, you can go trolling.

According to the dictionary there are quite a few meanings of the verb ”to troll”. If you troll something you cause it to move round and round. If you ask me, someone just stuck a ”t” in front of ”roll” and pretended it was a new word. So roll or troll something as you wish. All the same. You might even twiddle it and I wouldn’t know the difference.

”To troll” also means to search or prowl. You can troll a flea market for bargains, or troll a nightclub. My Collins dictionary says that it is also homosexual slang, meaning to stroll around looking for sexual partners. ”Stroll” – they’re at it again. Take another ”roll”, bung another ”t” on the front, and whilst you’re at it, chuck on an ”s” for good measure.

The primary meaning of ”to troll” is to draw a baited line though water to catch fish. So now there’s another one to add to your list of fishing terms along with cod end and bottom feeder. Actually in all the years of doing fisheries meetings I have never once heard the word trolling. Unless, of course, all that trawling they talk about is actually trolling…

Ok, ok, I’m only trolling around in dictionary definitions because I am terrified of getting down to the business in hand. I know.

Right, the time has come.

The time has come to feed the trolls.

”Noooo!” I hear you shout. ”The only way to get rid of trolls is to ignore them.” That’s why websites have signs saying ”Please do not feed the trolls”. If you feed them they just come back for more. Trolls are like Danes in that respect.

Ok, I guess that one about the Danes needs explaining. Æthelred the Unready paying Danegeld and all that. Remember? You know, Æthelred II who kept paying the marauding Danes to bugger off home and stop terrorising the good folk of England in the 10th century. Never pay a Dane to go away. And never feed a troll. That’s what they say. They’ll only come back for more.

Now that I’m doing a bit of Dane-bashing (for old time’s sake you understand) I think I might as well go the whole Danish bacon and blame them for the entire trolls thing altogether. You see trolls originated in Scandinavia – well in Scandinavian mythology at any rate. And Denmark is Scandinavian. So Denmark, along with Sweden and Norway, is basically to blame for trolls. Guess what troll is in Swedish and Norwegian. You guessed – it’s troll. Ok, so the Danes tried to cover their tracks and added a ”d” to make it trold but they’re not fooling anyone.

In Swedish the verb trolla actually means to practise witchcraft or to perform conjuring tricks. In Danish it’s trylle but they’re not fooling anyone. Trolldom is Swedish for witchcraft or sorcery. In Danish it’s Trolddom, with a double d, but they’re not fooling anyone there either. The Danes just love adding an extra d to everything. Years ago they were probably just plain ”Anes” until some clever Dick added a ”D”.

Trolls eat people and can be very horrid. Fortunately, they are also very stupid and can be easily fooled. Thus it was that the troll under the bridge was fobbed off by Little and Middle Billy Goats Gruff until he was tossed off by Big Billy Goat Gruff. Makes me chuckle every time. Really very droll.

In fact, how droll that droll rhymes with roll and troll rhymes with doll. What an impossible language this is. It was probably those damned Danes again, slipping in to the country for another bag of Danegeld and slipping one of their famous ”d”s onto ”roll” thinking that we were a bit short of roll-based words and we could do with one with a nice “d” in it. They doubtless laughed all the way to the bank.

Trolls are stupid and can be easily fooled. This is very fortunate in an age where nothing can be written on a website without some troll rearing his ugly head (or her ugly head) and roaring about coming to eat the unhappy author.

I will have no truck with trolls. There, I’ve said it. I am Big Billy Goat Gruff and I am going to go trip-trap-trip-trapping over that bridge whether you like it or not. So if you are a troll, just don’t come roaring out at me from under the bridge because that sort of thing really, really gets my goat! And if you do that you will get tossed off. No ifs, no buts. From tosser to tossee in a single butt!

”Ni ma water”, or how I raised a bilingual child
children   trolling