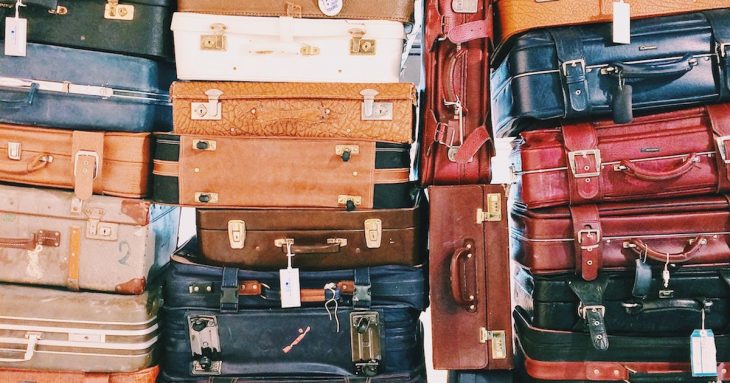 Count Smorltalk asks the question: is this the end of the road?

When I was little, nobody had had the genius idea of adding wheels to suitcases. I reckon that the late dawning realisation that you could add wheels to bags is a prime example of linguistic determinism: we called it luggage because we lugged it. End of.

I was lucky to graduate into the world of the professional business traveller in an age when you no longer tipped a porter to stow your cabin trunk. No, I have always been my own bag carrier, a menial job made easier in the age of the trolley bag.

A bag-carrying trolley-dolly. This has often been my self-perception as a peripatetic freelance interpreter over nearly three decades. Too often it has felt like the job was all about getting me to and from the conference city, checking into and out of hotels, ironing crumpled shirts at midnight, mastering bus timetables for early starts, accessing conference premises, orienteering my way to the booth, calculating the shortest route to the toilets, changing currency to be able to buy coffee, logging into systems on tiny portable computer screens, losing the battle over the booth lighting, losing the game of booth chicken, slowly losing the will to do it…

The trolley bag will forever stick in my mind as a metaphor of freelance-dom. Always half-packed/half-unpacked, only ever closed and put away at Christmas.

And then suddenly, on Valentine’s Day 2020, my life as a trolley-dolly came to an abrupt halt. Coronavirus struck, international travel stopped, and my trolley bag went into the cupboard.

But wait. There is hope in these bleak times. In the same way that adding wheels to bags was genius, adding internet to interpreters was also genius, right?

Not everyone thinks so. Many interpreters still cleave to the notion that a travelling freelance interpreter is better served by an intimate knowledge of a suitcase than of an RSI headset. Far better for the profession, they say, that Smorltalk should pay physiotherapists to cure trolley-shoulder than that he should run the risk of bad sound on a dodgy RSI platform. Far better for all of us, they say, that Smorltalk should do his 10,000 steps a day between hotel and conference centre than he should run the risk of sitting too long online at home. Far better, they say, for the solidarity of all interpreters that he should avoid the mistake of thinking remote simultaneous interpreting from home was the genius cure for the problem that a huge chunk of the job was nothing to do with interpreting and was everything to do with logistics and travel.

True, my step count is down on last year.

But wait, my step count is down but since the New Year my pound count is up. Pounds Stirling count, that is. Yes, I’m back in the money. I may not have set foot outside my home since Christmas but I’m paying the bills again. RSI has started paying my bills. Lolly without the trolley! How jolly!

I’ll grant you that my former specialism in minimum transit times between London stations has been replaced by a specialism in the return time in milliseconds for a ping. True enough, my expertise in hotel and flight booking websites has been redeployed in on-screen digital document software. And where I used to have to battle a Samsonite over cobblestones, I now have to juggle deskspace with a Blue Yeti.

Image: Caroline Selfors / Unsplash
All posts on InterpreterSoapbox reflect the views of their authors.