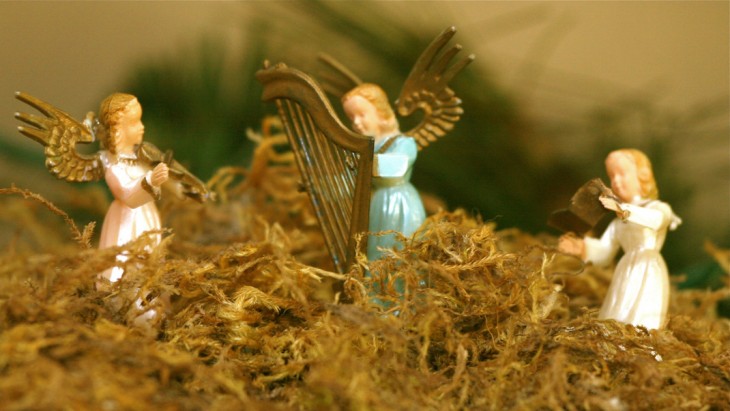 The Gospel according to Smorltalk

If you, like me, are afflicted by old fogeyism, you may also be a martyr to general grumpiness syndrome. It comes with age and is rarely more acute than at Christmas, when peace on earth and good will to men are the order of the day. “Bah! Humbug!” I say as I stomp around with the hangdog demeanour of a man heading to the gallows. “Someone pissed on your sugar sandwich again?” asks the Countess, using the colourful phraseology of her native tongue. “Bah!” I reply, and humbugger off to my shed. An Englishman’s shed is his last redoubt. Especially at Christmas.

Now if there is one thing Count Scroogetalk won’t be doing with at Christmas it’s messing with the holy scriptures. Some things were just meant to be, and the King James version of the bible is one such thing. Hark:

“And there were in the same country shepherds abiding in the field, keeping watch over their flock by night. And, lo, the angel of the Lord came upon them, and the glory of the Lord shone round about them; and they were sore afraid.”

Boy, those early seventeenth century translators knew how to pen a phrase. My Ancient Greek’s not up to much so I can’t tell if it’s accurate, but it sure sounds nice.

So why then did they go and tinker with it? I mean, which bit of it wasn’t comprehensible in the King James version? Ok, so we don’t tend to do much “abiding” these days, and “lo” has dropped from fashion except in the phrase “lo and behold!” (which oddly means: look and look). But all the rest of it’s fine – the shepherds, the flock, the angel, and all that. So why this: “That night there were shepherds staying in the fields nearby, guarding their flocks of sheep. Suddenly, an angel of the Lord appeared among them, and the radiance of the Lord’s glory surrounded them. They were terrified.”

That’s the New Living Translation of Luke by the way. I tell you one thing – if I ever get my hands on those translators they better be sore afraid! It’s got no soul, damn it. The old words have an incantatory quality that the new ones don’t, and  never will.

So what are you saying Scroogetalk? You want to interpret into early seventeenth century English? Is that what you’re humbuggering on about? Could be fun to try. After all, there are meetings where you’re best off turning the dial to ‘Fr’ for “fear” (see my earlier post), and in the French booth there is a godlike interpreter who could interpret into Alexandrines if he fancied it. Just for the hell of it. So accomplished is he that for each recondite and abstruse French word or phrase he incorporates (and there are many), he provides an explanation or synonym in brackets afterwards for us plebeian souls who have dialed ‘Fr’ in hope of salvation. So yeah, why not interpret into King James English with occasional modern-English equivalents when the going gets tough?

The Gospel according to Smorltalk (with reference to an EU institution which shall remain nameless): “It came to pass in those days that there went out a decree from President Schulz that all the world should be taxed… And Joseph Daul also went up from Alsace, out of the city of Strasbourg, into Belgium, unto the city of the EU, which is called Brussels… And there were in the same country interpreters abiding in the booth, keeping watch over their flock by night…”

Whilst we’re at it, how’s about rewriting the treaties in similar fashion. This might help bring EU legislation into line with British legislation, which is still printed on vellum, i.e. goat skin. Well why not? Vellum doesn’t burn and will last for centuries. The Domesday Book was written on vellum, so there. The only surviving British parchment maker, William Cowley of Newport Pagnall, still supplies vellum to Westminster for Acts of Parliament. I was surprised to find that Cowley’s have a website –  I had fondly imagined that you would have to request a scroll be dispatched to you on horseback. 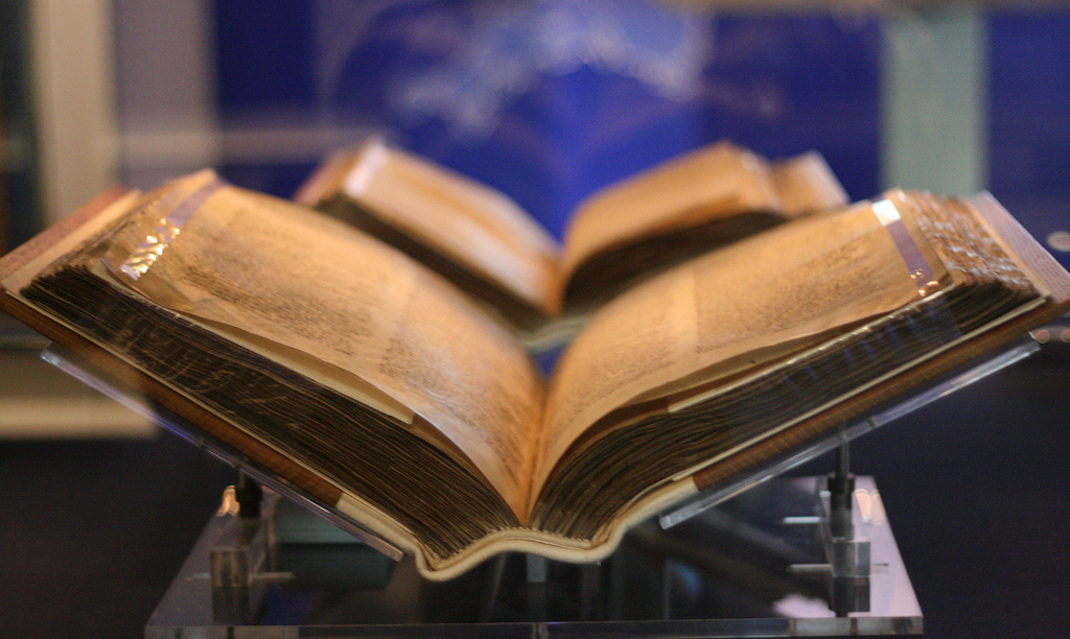 It is lovely how some traditions never die – gladdens the heart of this old fogey. Now who would have thought, for instance, that in the mother of all Parliaments, the British one, some business would be transacted in French – Norman French to boot! If Napoleon had had his way the whole thing might have been in French by now. And so too would this column come to that.

The French that is used in the British Parliament has a long and noble tradition (aren’t all British traditions long and noble?) going back to the time just after the Norman Conquest. For example, Royal Assent is granted to a bill by the Clerk of the Parliaments declaiming the phrase, “La Reyne le veult”. A man in a black frock, stockings and a wig speaking French surrounded by yards of red leather is a sight for sore eyes! Be sore afraid! “Lah rain le volt”. Marvellous. Another choice piece of French is wheeled out when the Lords don’t agree with a Commons bill, in which case they say, “Ceste Bille est remise aux Seigneurs avecque des raisons”. The reasons for rejecting the bill are written in that newfangled linguistic invention – English. Ordinary twenty-first century English. Not even St James English. How exceedingly boring.

Of course, that other great institution of the British state, the monarchy, despite being German in its current guise, still clings onto bits and pieces of Norman French. “Dieu et mon droit” was first used by Richard I in 1198 and adopted as the royal motto of England at some later point. It now features prominently on the Royal Coat of Arms. And “Honi soit qui mal y pense” is also on the coat of arms. This latter phrase is from the Most Noble Order of the Garter. What other great nation would have an order involving stockings? Only the British.

And those stockings bring us full circle. “Nous bouclons la boucle”. We are girding the girdle and coming full circle back to the shepherds abiding in the fields. For when angelic English choirboys sing the Christmas carol, “While shepherds watched their flocks by night”, they are inclined to amend the wording to “While shepherds washed their socks by night”. And that piece of puerile humour is about the only thing capable of putting a broad grin on Scroogetalk’s Christmas Bah! Humbug! face.