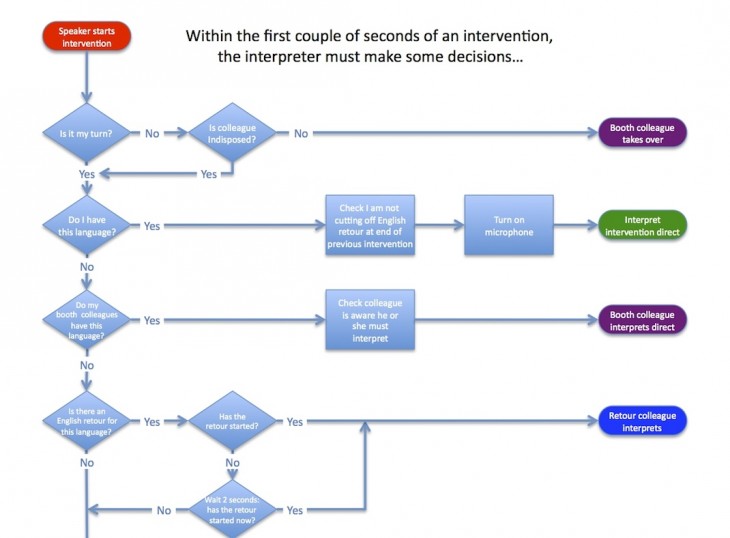 Count Smorltalk pulls his hair out

It lies in wait in at the cheese counter – Cornish Yarg? Bath Blue? Double Gloucester?…

It ambushes you in the socks department – cotton Argyles? woollen cable-knits? thermal ribbed?….

It has you by the short and curlies in the Ford dealership –Oxford White? Sterling Grey? Performance Blue? …

You see, once upon a time, cheese was sold by the ounce, socks were short or long, and the Model T was, famously, available in any colour – so long as it’s black. 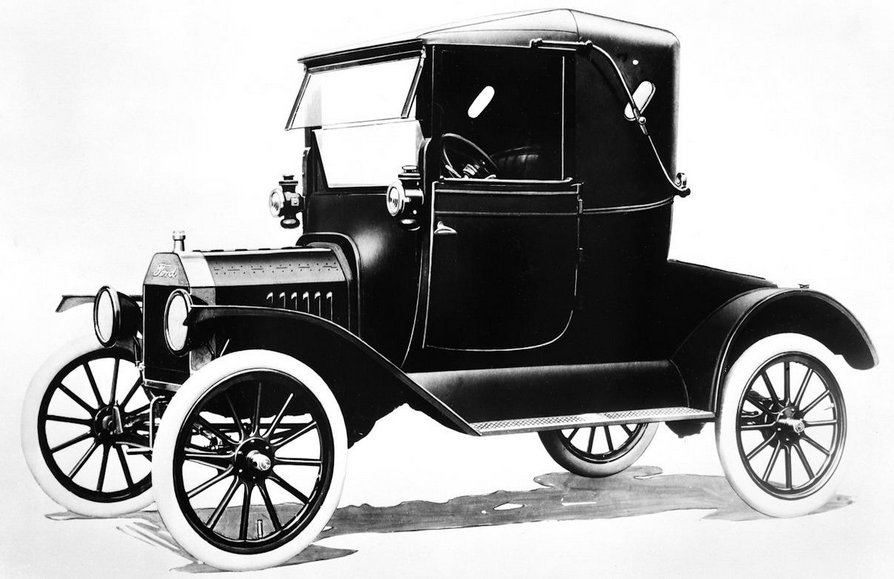 Oh happy days. But then some clever Dick went and invented “choice”.

Twenty years ago when I first took to the airwaves there was never more than half a dozen languages in meetings. Nearly everything was in French anyway. And you would probably know all of your colleagues and most of the delegates by name.

Now, in some of the larger institutions, meeting rooms can be so large that small cloud formations appear under the ceiling. Booths spiral around and around these biospheres in vast glass helices. Sometimes there are so many languages that to count them you would need all your fingers and toes – and other body parts would need to be dragooned too. Yes, there has been an expansion in all things, and interpreting is no different.

The problem is that whereas some years ago, an interpreter could more or less instinctively hit the right buttons on the console and do the job, now, even before touching the microphone button, the poor interpreter can be reduced to a gibbering wreck by the complexity of the decisions required.

Come with me one moment, would you, to the English booth at a plenary meeting of an international organisation. There are 24 languages, 72 interpreters, more than 500 different potential language combinations, and 800 odd delegates. The numbers are truly dizzying. Dizzying, except that is for the number of minutes allotted to interventions. Speeches last one minute. A minute and a half if you’re lucky. Most are read out at top speed.

The 24 booths are strewn with paper and used cardboard cups. Somewhere in the piles of paper lie running orders and voting lists. There is the faint whiff of body odour, and the unmistakable smell of fear. Seat cushions are warm and slightly moist from a succession of clenched interpreter buttocks.

This is the pinnacle of the profession – to work here you need your own supplies of oxygen, so rarefied is the atmosphere.

The time is 11:30. Just one minute ago you had sidled into the booth, grimaced at the departing team, as they slowly, so slowly, extracted themselves from the seats, wires, cups, paper, bags, coats, and assorted paraphernalia, all whilst you somehow simultaneously managed to park your behind on the warm, slightly moist, seat. You had cursed as you had fumbled trying to insert your headphones into the socket. You had furiously twiddled and prodded the console dials to find a usable selection of relays. Miraculously, the English booth’s output, its professional product, had continued uninterrupted through this hot-seating kerfuffle.

It’s your turn to start.

The chair announces the name of the next speaker.

You blank on the name.

You have no idea what language is about to be spoken.

You no longer feel the warm, slightly moist chair.

You no longer notice the whiff of body odour.

You job now requires you to decide.

After that, you will be interpreting.

Here’s a diagram of the decisions you must make in the next, ooh, one second. 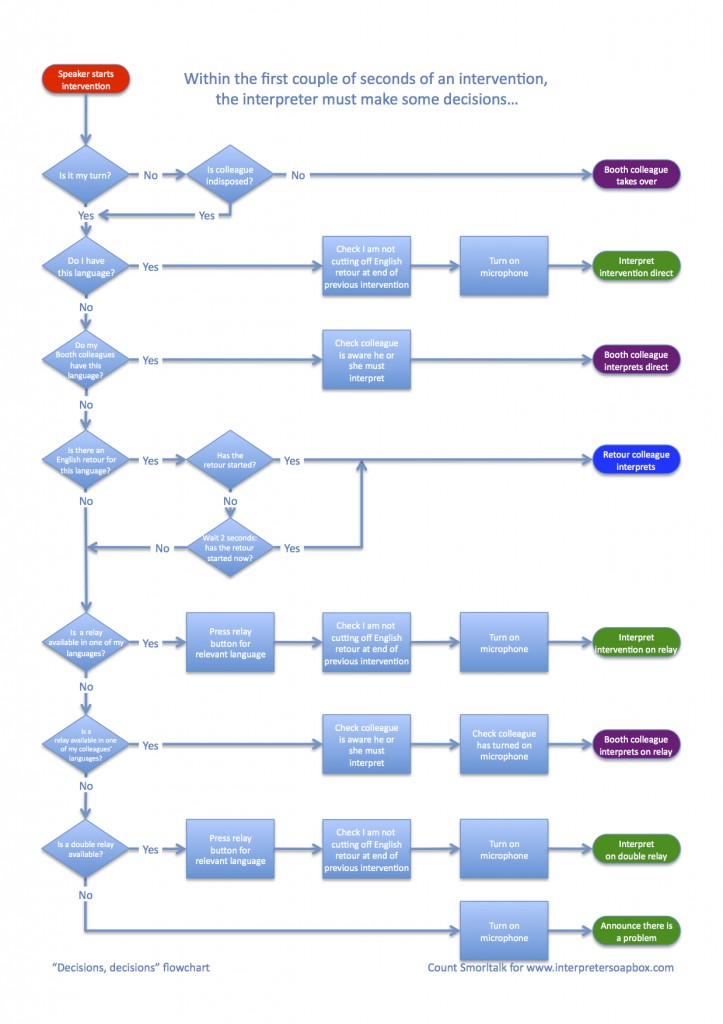 Prior to the advent of the railways in the early nineteenth century no-one had travelled faster than the speed of a galloping horse (except when falling off a cliff). Some doom-mongers claimed that to travel any faster would be damaging, or even fatal, for the human body.

And so it is too with the speed of decision-making required of the 21st century interpreter. No, our heads don’t explode. Our ears don’t fly off. We live to interpret another day.

Ok, so nobody dies for heaven’s sake. I mean it’s not like I’m an airline pilot, or a paramedic at the scene of an accident. If I make the wrong decisions, no-one dies.

But to be frank, I am beginning to wonder how many more times I can survive this before I crack up, or even die in the saddle of the bolting horse?

And where, I wonder, is the team doctor to advise me on how to avoid injury and maintain peak performance? Where is the occupational psychologist to counsel me on how best to cope?

Perhaps the time has come to take up something a little easier.

Yes, that’s it. Time for something a little easier.

Tomorrow, I’m signing up for a course in rocket science. 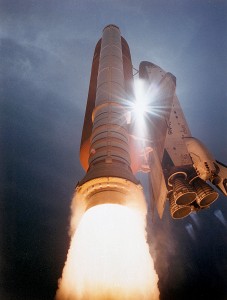