Is this German well hung? 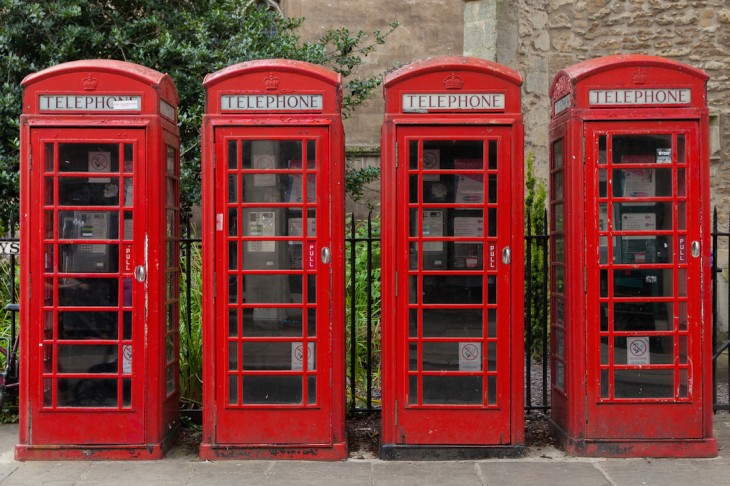 Count Smorltalk ponders up and down

”Hello Smorltalk, I hope your well.” This was the opening line of an email I received this week. It made me wonder what had happened to the rest of the sentence. I hope your well is what? Deep, perhaps? Or wet? Deep is the well of my despair for certain when I contemplate my own inability to spot typos. But hard as it is, we interpreters can rejoice in the fact that we are incapable of making that particular linguistic mistake on microphone. Your versus you’re. The error is in the writing and not in the speaking. So that’s one less thing to worry about. Oh god, that’s wrong too. One fewer thing to worry about? One thing less to worry about? Less to worry about, by one thing? Hey, stop worrying. Who cares?

Lynne Truss would care. She of the “Eats, shoots & leaves” book. In fact Ms Truss has commented that were it not for the genius of the title, the book would probably have sunk without trace. Who’d have thought that a book about grammar could become a bestseller. Incidentally, I read recently that Kevin Beresford, publisher of the runaway success “Roundabouts of Great Britain 2012 Calendar”, had been forced to withdraw his latest calendar entitled “The Fast Disappearing Red Telephone Boxes of Wales 2014 Calendar” after early sales had amounted to precisely none. Who’d have thought it?

Actually, typing “your” for “you’re” isn’t a typo really. It’s a good old-fashioned spelling mistake. The problem resides not in the fingers but in the brain. Words that sound the same but are spelled differently are homophones, and we interpreters cannot, as I said, produce homophone mistakes on mic. We can fall victim to them however. Why, only yesterday I thought the French delegate said “Fuck you” when in fact he had said “Faux cul”. A hypocrite in place of an insult. Could have been dangerous. And many years ago I remember wondering why the French chairman was being so rude when introducing a French association to the meeting. Why, call the AMF, “Merdes, France”? Seemed unreasonably abusive all things considered. Here was, after all, a professional association representing the “Maires de France.”

If you speak a foreign language, and sometimes even if you’re speaking your own language, you can trip up over heteronyms.  These are the other way round to homophones: spelled the same but sound different: “bow” (front of a boat), “bow” (forward inclination), “bow” (knot of ribbons), “bow” (and arrows). First two rhyme with “now” and the last two rhyme with “no”. Plenty of scope for getting them wrong if your not paying attention. Sorry, if you’re not paying attention. Are you paying attention in fact? Did you sea that one? Or are you just finding the hole thing to cheep for words?

Actually, I didn’t come here to talk about homowhatsits. I came here to pay homage to the great German mind. As we know, our Teuton cousins are great thinkers: Hegel, Schopenhauer, Nietzsche, Kant, Heidegger. The list goes on. So in a way it’s not all that surprising that something as simple as a set of instructions for a vacuum cleaner would be likely to have mysterious hidden depths that only the nimblest of brains would be able to fathom. In any case, cleanliness is next to godliness, as any good German Hausfrau will tell you, and it is conceivable that the cluttered, disorderly and frankly ungodly English mind would not possess the necessary machinery to grasp the full ontological beauty of your average Miele vacuum cleaner. There are nine circles of hell, they say, and it may be no coincidence that a Miele dustbag has nine individual filter membranes. If cleanliness is proximate to godliness, then surely filthiness is in a long-term relationship with hellishness. All makes perfectly good sense.

So what’s the problem? The problem is that having designed and assembled the latest über-gadget in the tidy minds and immaculate workbenches of the outre-Rhin, our white-coated German engineering pals proceed to create a user manual that is completely and utterly unfathomable by the human mind. Well, I say that, but I think that I may have to recognize the fact although I am Germanophile and -phone, I am not actually Germano-German. Or any kind of German actually. And that consequently I lack the decoder to process the information.

In these hard times we are all in thrall to the German export machine. The sick man of Europe has taken his Kur and is busy pumping iron, bashing metal and generally sequestering all the deckchairs. But why do we buy this stuff? I mean what use is it to me that my Hansgrohe shower thermostat will never ever go wrong or break or leak or do any of the things that an English one would if I am unable to install it, let alone operate it?

Why am I the proud owner of a Siemens phone? Two even. I am reduced to random button pushing just to make a call. There are icons of envelopes and a myriad other tiny symbols on the screen which are destined forever to remain a mystery. How is it that my brain tells me that the green button is for making a call, and the red one is for ending it? And yet my Siemens phone insists I press and hold the red one to get a dial tone. Did someone plumb it the wrong way round?

I know, you’re thinking I’m just a luddite. I know, I know. There are plenty of interpreters out there who proudly claim not even to own a computer. But I am not a luddite, believe me. It’s just that my poor, confused Anglo-Saxon brain deals badly with German complexity.

Whenever I take delivery of my latest shiny German gizmo I always find lurking in the box a small grey instruction booklet in about a hundred different languages. Now if this new gadget were, dare I say, American, it would be perfectly reasonable to turn it on and start interacting with it on a trial-and-error kind of a way. But that’s not the way with a shiny new German thing. Nein, zuerst ze instruktions!

Wrong! This is England. Zuerst, a cuppa. Always. Nothing can be done in England without a nice cup of tea. Then ze instruktions. 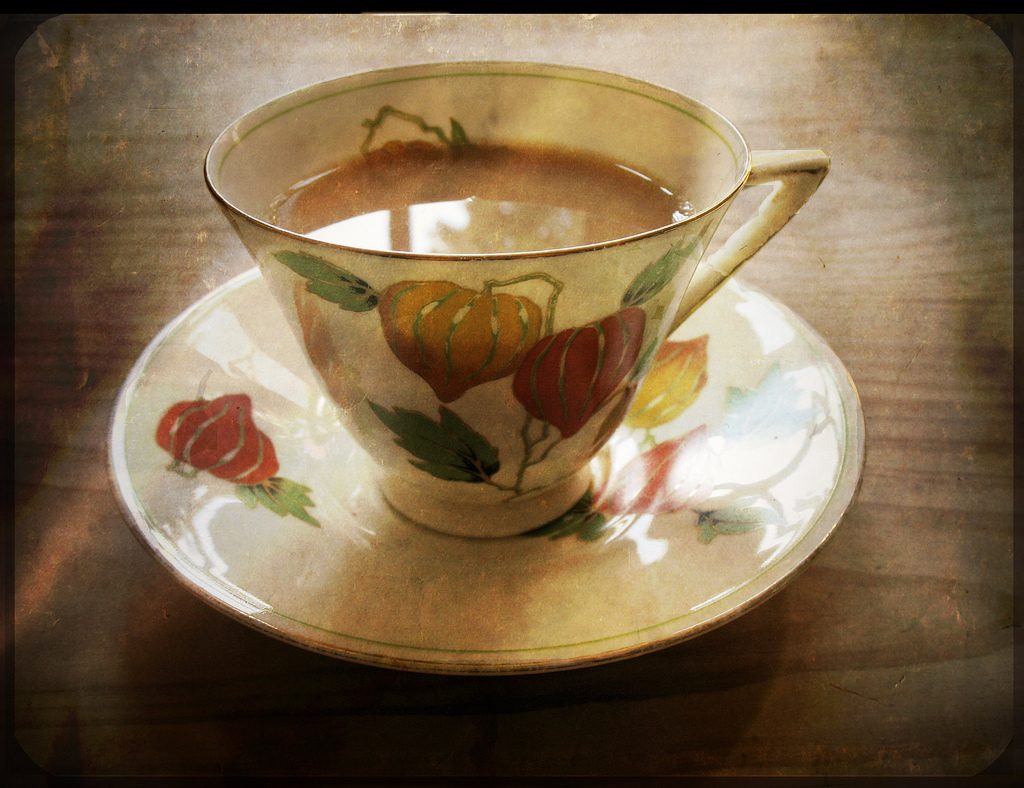 Now why oh why do I always try and read ze Englisch instruktions? They always start off perfectly normally, but rapidly degenerate into nonsense. So then I always think, Smorltalk you idiot, just read ze German instrucktions and all will become clear. Only it doesn’t; it just gets worse. Ze German won’t tally with ze English, and I am forced to assume that ze German is right and ze Englisch is wrong. But I am already wiping beads of cold sweat from my brow. I mean this is what I do for a living isn’t it? I process complex foreign stuff into nice English stuff, and get paid for it.

Eventually I realize that the problem isn’t linguistic at all. Me, the shiny German thing, and my trusty technical dictionary are more than a match for ze instruktions. No, ze problem is right back up the production chain, right back there with our German engineering friend, whose orderly German production chain mind has failed to take account of the fact that he is a German engineer and I am a random English Count of dubious Eastern European extraction…

Two weeks ago I made the same old mistake. I bought another shiny new German thing. Yes, the Hansgrohe thing I mentioned above. Ok, so any sensible person would pay a professional plumber to fit it. But these are hard times, and I am perfectly capable, thank you, of accomplishing a little plumbing of a weekend.

Yeah, yeah, yeah, blah, blah, blah. No trouble at all. Hang on, wait a minute. Which way up does it go? DON’T PANIC SMORLTALK. Read ze instruktions. Oh god. Try ze German Instruktions. Oh Gott. Nowhere, but nowhere, do ze instruktions say vhich vay up ze damn thing goes. Not even in Polish. I checked. Do you know what it says? It says that the item is 180 degree reversible. Yes fine, but the damn thing is round and has four tubes at every point of the compass so surely, surely there is a right way up and a wrong ‘un.

Now forgive me for generalising here. But the very first thing that the Anglo-Saxon mind is going to want to know when installing a piece of plumbing is which way up you fix it. If I wrote instructions I would always start with an explanation of which way is up and which way is down. I would not start with a fluid mechanics equation to justify the DIN classification for the speed of flow of liquids through a manifold!!!

Um Gottes Willen. If Ordnung muss sein, at least tell me which way up to hang it, dammit. How else am I to know if it is well hung?