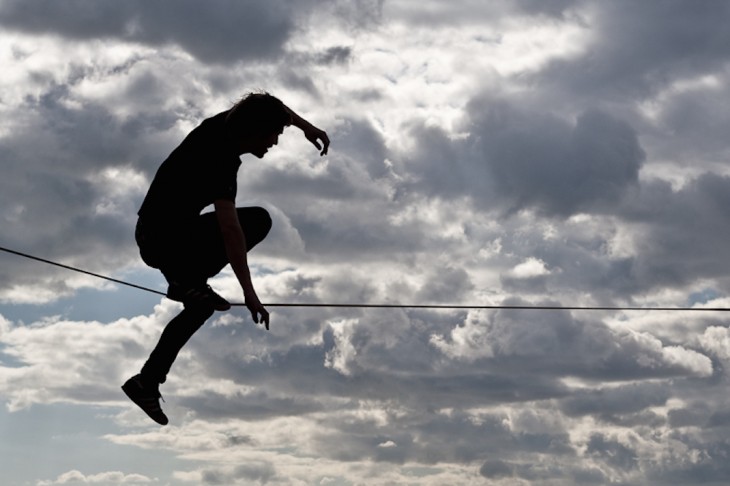 How the Dickens did I end up agreeing to write about interpreting? After all, the only spare time I have is on the Eurostar and those deliciously semi-idle hours are more than adequately filled with vacant flicking through House and Garden Magazine. Ok, on a good day I might take a quick shufti at tomorrow’s docs on Rules of Preferential and Non-Preferential Origin or the such like, but somewhere around Lille my eyelids will droop and I’ll be off to the land of nod – forty well-deserved winks until I am shaken awake by a violent judder as the train passes over a permanently dodgy bit of track and I find myself thinking “One day this thing is going to waddle off the rails and end up ploughing a sorry furrow into the Belgian mire”. One short step from bubbly and canapés to trench foot in a Flanders field. So yes, how come I, Count Smorltalk, agreed to write this stuff?

Flattery. I am ashamed to admit it, but the more curmudgeonly I become the more susceptible I am to any form of mild praise. Insecurity and interpretation have been my constant bedfellows this past couple of decades, and Mr Insecurity keeps stealing the duvet. My cosy financial duvet is always at risk of being hoiked away by changes to recruitment criteria and a sudden biogenesis of new pivots. And my psychological blanket is all too regularly torn to tatters by impossible speakers. So frankly, any small amount of flattery will tend to produce the desired effect, and flattery applied with a trowel cannot fail to succeed. Compliment me, my interpreting and my powers of expression and you’ve got yourself a deal.

Sécurité. Sounds so nice, but I always get an uneasy feeling. What is it? Safety or security? I mean how the hell am I supposed to know? Sécurité alimentaire: food safety or food security? Sécurité énergétique: energy security or energy safety? Enough to make me insecure all right. Précarité. There’s another one. Yes, it’s insecurity in another guise. I thought we had to say ‘vulnerable employment’ for travail précaire. But now, apparently it’s fine to say ‘precarious work’? I mean I feel precarious at work to be sure, like a tightrope walker, so why not call it ‘precarious work’? As a freelance tightrope walker I am in vulnerable and perilous employment – I am a precarious worker. So it’s calqued from the French, but so what? I mean what did we say for calqued before we calqued calqué?

We interpreters are all funambulists when it comes to our job. Don’t look down, would be the best advice you could give to a new colleague. The best advice I ever gave to a new recruit was this. “Don’t worry if it gets too difficult. It’s your first day after all. Just hand over to me.” So much for Mr Nice Guy. My new charge proceeded to stop midway through every intervention, turn off the microphone and shriek “I can’t do it!!” The punters must have thought we were some kind of eccentric double act. Eventually, tiring of having to deliver the punch lines to a series of half-baked sentences, I absented myself from the booth, reasoning that necessity being the mother of invention there would either be an explosion or the affliction would be miraculously cured. I assume there was an explosion as my novice colleague was never seen again.

So there you are up on your rope funambulating for all you’re worth (somnambulating frankly in the English booth these days) and it’s difficult enough anyhow just keeping your balance in the verbal sidewinds, but simultaneously you have to perform a juggling act with your fellow high wire artistes. Yes, as you pirouette precariously on the tightrope your act also requires you to juggle a jumble of jibes, taunts, backhanded compliments, minor condescensions and little illegibly scribbled notelets, by means of which your colleagues thoughtfully pass comment on the dexterity and artistic merit of your performance. They might as well hold up cards with your score after each of your turns so unsubtle are their subtle cues.

I have a colleague of whom I am inordinately fond, who has perfected the art of commentary in a series of Hmms. A flat Hmm (no intonation) means I got away with the interpretation that time, but it wasn’t pretty. A drawn out Hmmmm is worse. That means I got one or more things wrong – the greater the error rate the more protracted the Hmmm! A two-tone Hmm (rising then falling) denotes approval and possibly even admiration for my performance. Hmm! Hmm! (oodles of emphasis) isn’t targeted in my direction at all. It means a nubile female has entered the room and I am off the hook for a few minutes. It loosely translates as Phwoar!

We’re all familiar with our colleagues’ throwaway comments and know how to interpret them. After you finish a long and rambling German intervention and are silently congratulating yourself on your performance, your colleague eventually pipes up to say, “Such an awkward word isn’t it, Wiederverwendung – you just never know if they mean reuse or recycling”. And that from a colleague who doesn’t even do German. He makes as if he feels your pain but what he’s saying is “You got the wrong word you plonker”.

Of course some colleagues use a blunt pencil to scratch the word noisily onto a large piece paper and then rattle it ostentatiously in your face – a pure gesture of goodwill and mutual support. Yeah right. What?! What!!! What does it say? It’s illegible. Reasonable Indian Pogrom? Readable Incontinent Postgrad? Too late. Aaaargh, you lose your footing on the wire and plunge to a certain death. You end up in a heap on the floor and the illegible scribble flutters down to land on your prone body. Regional Indicative Programme – R.I.P.

But it is exceptionally brilliant interpreters that are the biggest goad to my insecurity complex. As they devour huge mountains of complex legal texts, literary quotes, technical jargon and long lists of historical events without blinking, my insecurity dial goes off the gauge and I start to plot my revenge. Yes, when teatime comes around, I’ll generously offer to go and get coffees. But having drunk mine slowly at the bar, I will take the scenic route back to the booth so that by the time I get there they are exhausted and the coffee is stone cold. Revenge is most definitely a dish best served cold!