Interpreter Stories: Clients, Colleagues and a Crate of Beer 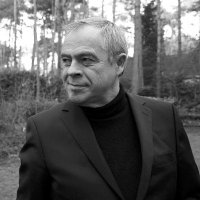 Recently I realised that I have been interpreting for 34 years and perhaps it’s as good a reason as any to write a few lines for this great blog. But what should I write about? The fee-battle – still raging, but a lost cause if you ask me? The lack of solidarity between interpreters – not really an issue, they tend to be nice to each other when push comes to shove? The gossip tendencies which seem to be imbedded in conference interpreter DNA – but as usual gossip says more about the gossiper than the gossipee :)? Or the continuous mistrust when being sent out by a colleague who constantly observes you when you ”approach” the client, fearing you might ”steal” them? Or the helpful colleague who says words out loud in the booth when you’re interpreting – having a more destabilising effect on you than anything else? Or those who ”really have to catch that train or flight” leaving you alone in the booth for an hour and a half, because of course that meeting ends up going on forever… or coming late ”because of the children”…?

Heck no! These are small, negative, and insignificant side-effects more linked to human nature than to the status of conference interpreter I suppose.

Let me write about the incredible richness this profession has brought me, at all possible levels. Firstly, the fact that you interpret for all kinds of people imaginable: I shall never forget the very first union-organized European scaffolding workers congress in Copenhagen. Next to coffee during the coffee break there was not only tea but also a crate of beer. Oh, the nostalgia. During that same break, feeling smug about my performance I checked with my clients whether the message had come through. With a big smile they said they were indeed impressed by what I said but they didn’t understand it really because of too many highbrow words… a lesson I have never forgotten. It is essential to adapt the message for your audience, a double interpretation if you like. Some colleagues will surely disagree… but to me interpretation is communication with translation as a main tool and what’s the use of communication if the final message is void of meaning for the receiver?

Or the two state visits where I saw what the presence of royalty does to some people. Politicians trying anything – including literally pushing the interpreter away to be closer to the royal. I even had to talk to the protocol lady pointing out that it helps if the interpreter is close to the people he’s interpreting for…

Or the numerous colleagues, with all their different characters, but without any exception all having, alongside interpretation, a profound interest in another activity, hobby, charity or even profession other than conference interpretation.

Or the waves of solidarity that arise in different interpreter circuits when one of the colleagues falls ill. Even if you have to do more than your fair share of the work as a result.

No, I never regretted making this choice. Until this very day I never drive or fly to an interpretation assignment without wanting to. The contact with others, both clients and colleagues, enriches my daily life – albeit mainly on the intellectual level; but then again rare are the interpreters who are really poverty-stricken.

In conclusion, I will continue for another five or six years and then perhaps leave the field entirely to the next generation. They are needed, in spite of what everyone says.

Tips on helping interpreters prepare for your meeting

How the Dickens?
clients   colleagues   professionalism