It’s great to be bilingual 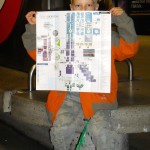 Hello, I’m Patrick. I have been bilingual since I was born. I think it’s great. There are so many advantages to that. Like: I can communicate with virtually anyone wherever I go. For example, once I wanted to go to the toilet in Slovakia and the only language that was common for me and the barman was, of course, English. And I don’t have to learn during English classes. I always think about my friends’ life. They have to learn German, French or Spanish and English. That’s really hard. Or at least it seems like that. The next nice thing about being bilingual are the books and movies. There are so many books in English. All the movies are great too. Finding information on the Internet must be really hard for someone who only speaks Polish. And I don’t have to “decode” incorrect Polish translations (in fact, many apps or books don’t even have a Polish version). I also understand most of the songs playing on the radio and I’ve met many nice people from England or the USA. I’m not the only one who takes advantage of this ability. My friends sometimes ask me about some English word before the test. Good for them. Finding a single word in the textbook can really be a lot of work. Not something you can do in 10 minutes. A question that many people ask me is: what language do you think in? It’s hard to say, though I’ve noticed that lately I think in English a lot.

I think that being bilingual is a great ability. I don’t see any disadvantages to it, except the fact that I sometimes get English and Polish words messed up. Plesentego dnia, I mean have a nice day.

Andrzej Michalik about his son:

Patryk has only just managed to get born in non-EU Poland. He attends schools with Polish as the instruction language, has additionally been learning the piano since playschool and spends the avoided international school tuition downhill skiing and long-distance cycling, particularly between Passau and Vienna, which motivates him to study his German.